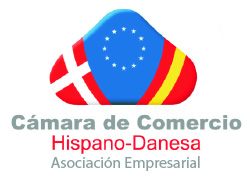 ”Pierre’s Original” was founded in the summer of 2021 by Peter Steiness Neergaard due to desire to make a better and more balanced chili sauce experience compared to what is already available in the super markets. The result is ”Pierre’s Original”. We call it ”Pechito” which us a contraction of pepper, chili and tomato. We do have given it it’s own name because we believe the product is so much it’s own, that it can’t be categorized as anything already available. The product has been tested widely with numerous subjects ranging from friends and family to chefs in Michelin starred restaurants and culinary TV-personalities. All over the line the feedback has been the same. The product is very good and people are demanding more of it.

The company is currently owned 90 % by Peter Steiness Neergaard as well as the branding agency named Closer Studio who owns 10 %.

The business is currently registered solely under the name of Peter Steiness Neergaard but will be changed in February/March into an ApS.

Our target with our company is to enter the market with a new type of chili sauce, completely unlike anything people have tried before. After more than a year in the kitchen focusing on great flavours and balance, we have come up with a sauce that we hope will create renewed joy of food and culinary creativity in everyone’s kitchens.

We are currently working with a Danish company about production, but with quality and environment in mind we are trying to move our production to Spain.

To be more precise our reasons for moving to Spain are as follows:

Less transport of produce since we will produce the sauce where the produce has been grown.

Higher quality since the produce won’t have to ripen onboard trucks.

In time we hope to go 100% organic, but we are not yet at this stage. Moving the production to Spain could help enabling this as we could have better accessibility to organic produce».